Do we realise the full extent of the problem?

As the BBC series Blue Planet 2 series highlighted last autumn, the greatest threat facing the wildlife inhabiting the oceans is floating plastic waste. Scientists have calculated that around 5 to 13 metric tonnes of plastic ends up in the oceans each year. That is 10% of our plastic yearly plastic consumption. Decades of plastic waste has resulted in a plastic island floating around the pacific ocean which is 3 times the size of Texas. 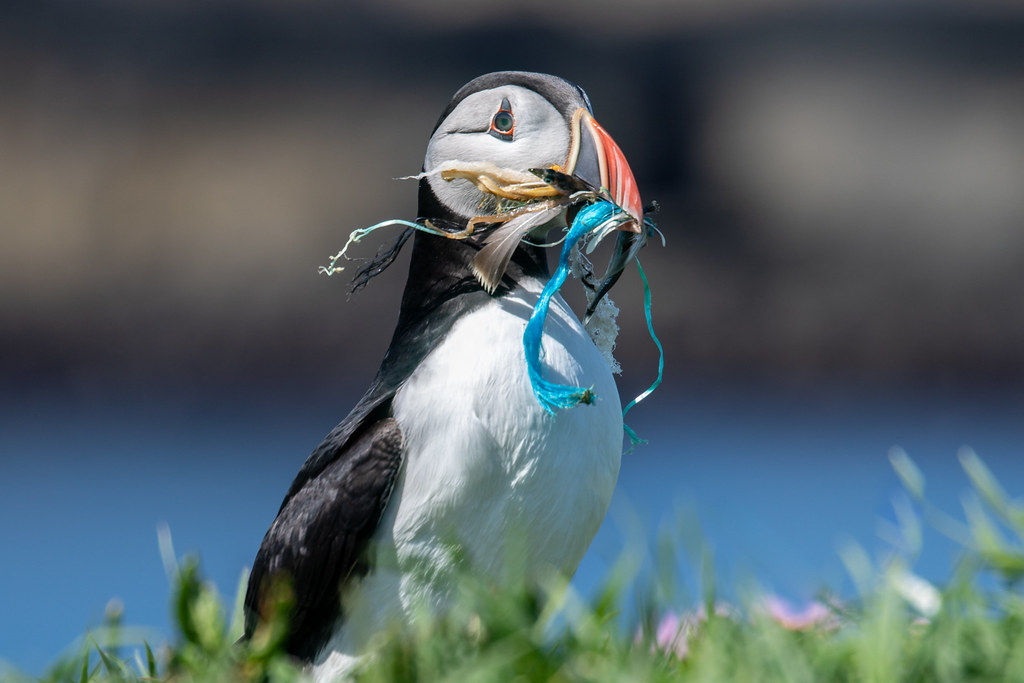 Inevitably this is having an impact on the species within the ocean. Fish, sharks and mammals which inhabit the ocean consume the plastic, thinking it is some form of food. This causes a trophic effect where smaller species consume plastic and these smaller species are consumed by larger species and the ingested plastic is passed from one body to another. This is another type of bioaccumulation we saw as an effect of DDT. This effect is beginning to filter back to fish which we consume ourselves finding plastic being ingested by the fish.

Though how does this effect bird species which rely on the oceans for food or nesting material. Sea bird species are already being effected by lack of prey, loss of habitat and increased pressure from human activity. Yet in a study conducted in the 1960s only 5% or less of the seabirds investigated had plastic in their stomachs. However this figure jumped to over 80% within twenty years. It is thought that the increase production of plastic and poor waste management could result in over 90 % of seabirds ingesting plastic by 2050 if these trends continue.

The impact on bird species could be catastrophic as birds can die from choking, plastic damaging their internal organs, blockages in their stomachs. There is also a danger that chicks swallow smaller pieces of plastic which the birds have been able to pass through their digestive system and die from similar causes.

Large populations of sea birds visit the Scottish coast in the summer to breed on the exposed cliff faces and take advantage of the rich waters. However, there have been very few studies conducted investigate the extent of plastic ingestion within Scottish coastlines. A recent study found that 69 species surveyed, 14 of these had plastic present in their stomachs. This equated to around 20% of the species had ingested plastic which in contradictory to other global investigations. These studies did not investigate pellets in nest as part of the study.

The lack of information and investigations has left staggering gap in our knowledge of this scale of the situation. This begs the question, how many sea birds have ingested plastic within Scottish and why aren’t we doing more to investigate and resolve this issue? There are still 75% of Scottish sea bird species which have not even been investigated yet. The latest report published admitted that we know very little about the extent of the current situation. 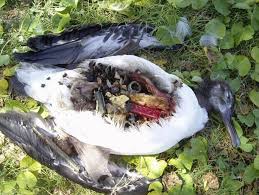 Plastic waste is not only an issue for the wildlife. The plastic waste in Scottish waters loses the fishing industry over ten million pounds each year and cleaning plastic off the beaches costs the government over £600,000 a year. The Marine (Scotland) Act 2010 aimed to have the waters around Scotland in good ecological status by 2020 in compliance with the MSFD target set by the EU. However comparing the current studies to global trends and our lack of knowledge on the issue. Will Scotland be able to reach that target by 2020 or is there more drastic intervention needed to make sure that our sea bird populations are not impacted further by marine plastic waste? It is only one year away now and I think unless something radical happens in the next three months we will not reach this target. Brexit may get in the way of real progress being made in climate change if a real difference isn’t implemented soon.