Paris a lovely place to visit but since it is part of continental Europe lots of men and woman are roped into try to scam tourists into getting their money. These people are often around the busy tourist areas but can also be wandering around the local transport spots and food places. They can be aggressive and pushy so it is best to be prepared and stand up for yourself and do not let them ruin your visit!

The Ring Scam
If you cross over the bridges especially the foot bridge there may be a man walking alone across the bridge. He will bend to pick up a ring and show you pretending to ask if it is yours. He will insist that it is pure gold and show a fake seal on the inside. He will offer it to you and demand money for it. This scam is most commonly at quiet times on the footbridges around Concorde and Notre Damme.
Just ignore them and keep walking but look out for the older man and they target young female tourists or individuals. Just say no and keep walking or go closer to bigger crowds. 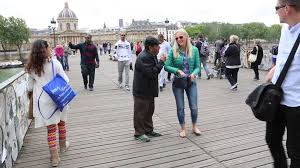 The “Survey”
This is a scam run by young woman around Concorde, Arche d’truimphe and Notre Dame. They will approach you with a clipboard which is made out of cardboard. They will say they are asking for a survey or to sign a petition but then will demand a contribution afterwards and swarm if you fall for it and try not to let you escape paying again and they can be persistent.
If they approach you just say no or ignore them keep walking. We ran away and got called bitches. Thought it’s hard to feel bad when they are the antagonists.

This scam is particularly nasty. It is often African guys holding string who will approach you. This is easier to spot but is harder to avoid in the summer as they tend to grab on and not let you go. I have seen them at the Eiffel tower, Concorde arche and especially the steps to Sacre Coeur. This is the hot spot, take the ride up the side to avoid them. They stand strategically up the steps and target girls on their own or woman with their partners. They grab your wrist, wrap the string around and demand money and sometimes pick pocket you while your attention is away. They try to catch your multiple times.

Be firm, be aware, say no and keep your arms and valuables out of reach. Avoid the Sacre Couer steps if you are on your own but they leave you alone if you are in a group.
Another recognition sign is they call you lady gaga for some reason??? 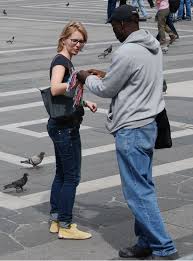 These guys are pretty much everywhere pushing cheap knock off souvenirs that will break almost straight away. They might be nice for a cheap souvenir but they normally aren’t worth it. These guys will approach you and push rings of Eiffel towers and hats and gloves. Though in summer they have buckets of iced water for a euro which is nice. However, they are now banned inside the main areas of Eiffel tower, Versailles and Concorde so you are able to enjoy the sites without being constantly harassed.
These guys give up quickly as there are so many people to try to sell too. But they are pushy so be firm.

Someone may come up to you with a new rose and hand it to you and demand money. Just say no or don’t take it and they will move on. Though it might be a good deal around valentines’ day.

The alcohol suppliers at Eiffel Tower.
This is one of the services I like. Men will be carrying around alcohol for you to enjoy the Eiffel view. They will say maybe 20 euros, but you can talk them down saying their friend offered it cheaper! We got brut for 3 euros so give them a try, its not the best but worth it!

The city is generally safe but Sacre Coeur is the worst place for the gypsies. Pick pockets are common in all areas so exercising common sense and leaving your valuable in the hotel room or keeping them out of site is the best bet. Be firm, be aware of the people around you and travel in groups if possible. If you need help there is extra security at all the locations so you can get help easily if needed or approach someone for help. Knowledge is power! 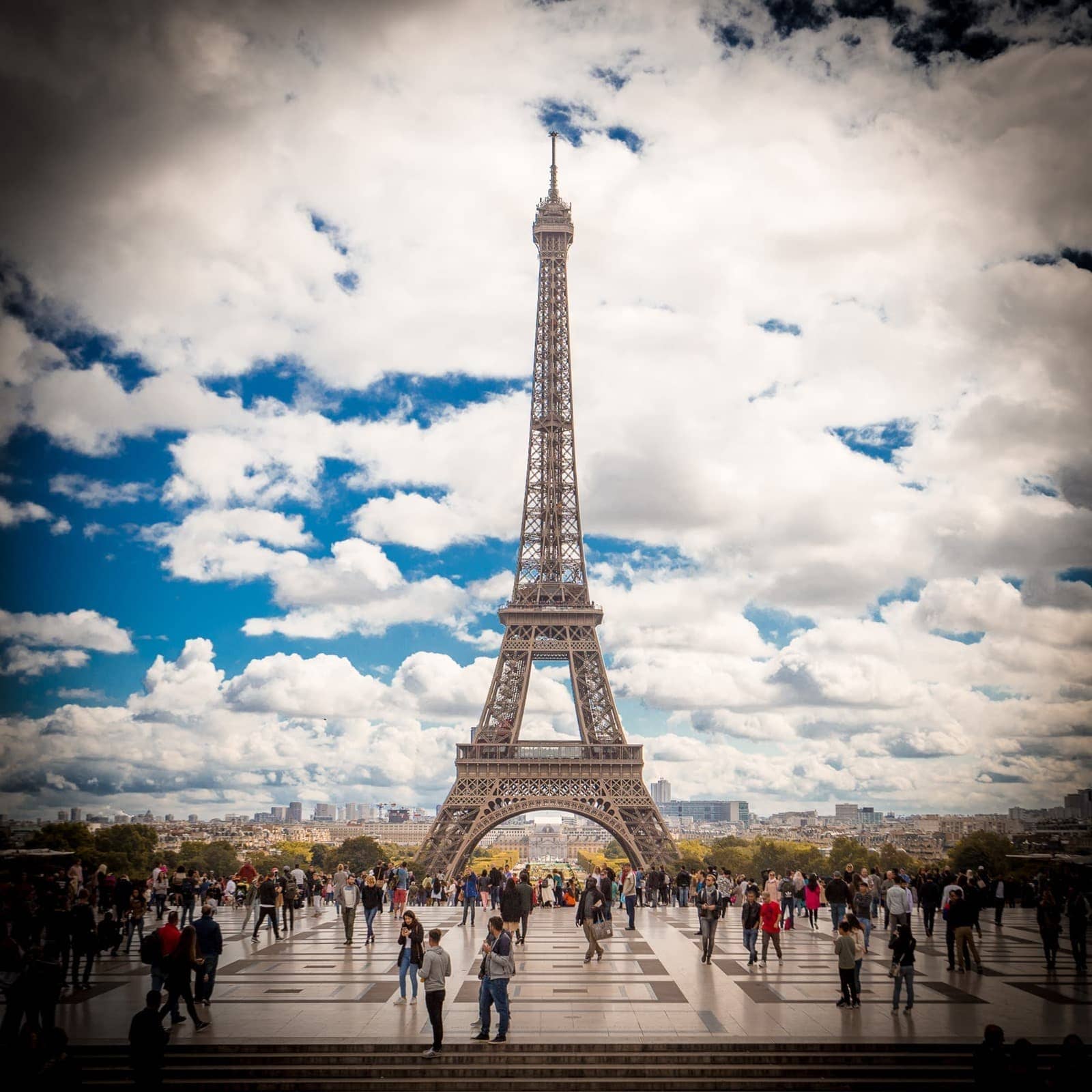