Berlin the capital of Germany has been engrained in everyone’s mind from the great wars. However, there is so much more to this city than just the recent history. Berlin sits right on the cusp to eastern Europe but still retains some of the culture of the west which may have been lost after the rising of communism.

This is a guide to the city and what you might expect to experience here.

How to get here:

Berlin is slightly further out than most European capitals which makes it a tad more expensive to fly to and longer to get to. Despite this there are some excellent deals available on Kayak with direct flights to Teigel and Schoenfeld. The best way to get to the city is by bus which goes directly into the city for only a few euros. The subway system is really good in the city and they are currently doing up their tram systems as well but these are not as well linked to the airports. The city has an excellent bus network if you want to skip some of the walking as we did in the hot weather. Just use google maps to get you around

The closer to the CBD you stay the more expensive it is but depending on your price range and trip preference there are a range of places to stay. If you are on a budget then staying near Mehring Platz is affordable and about a 30-minute walk from the centre. If you want to go out and visit restaurants then stay in the east side of the city by the river. If you are just there for the weekend to sight see then go into the centre. The transport is so good it doesn’t really matter where you stay.

Berlin is famous for its club scene. Whether it be pop up raves, vampire nights or just crazy clubs. You can find all these in the city. Matrix is the biggest and cheapest found at the end of the green line in an old station. There are also roof top bars and restaurants along the river in the summer time but these can be pricey.

This is the defining line between east and west Germany. The wall only fell 30 years ago and the lines are marked out by a pipeline. You can buy a piece of the wall at many souvenir shops. The tur was built in the 18th century by the Prussian king. It is the symbol of strength and peace within the city and also a good photo opportunity. Plus, the British embassy is right next to it if you get in trouble and have no way of navigating.

Close to the gate is the holocaust memorial which is located metres away from Hitlers bunker and where he was buried. It is a sobering place but important to visit. Check point Charlie is a small crossing which once marked the gate between the three controls of east and west Germany. It has an outdoor museum and photo op right outside.

This is a modern hub with restaurants and a large cinema. It is the Leicester square of Berlin. It has a massive mall right next to it and shows films in English if you need a break from the German language.

Marien platz is the shopping hub of the city and also has the fernsehtrum. This is a high building which you can go up to get an amazing view of the city and maybe get a drink or 5. Museum island and the cathedral

These sites are from old berlin and survived the bombings and war. They are incredibly beautiful and you can get a student ticket to all three museums for 5 euros with a student card. They have the Babylon gate which is intact and rebuilt. Some of the best German art and historical collections. The islands sit on the river spree which flows directly through the city. Just around the corner from the museum island are the railway restaurants which are cheap and delicious if you want something affordable. 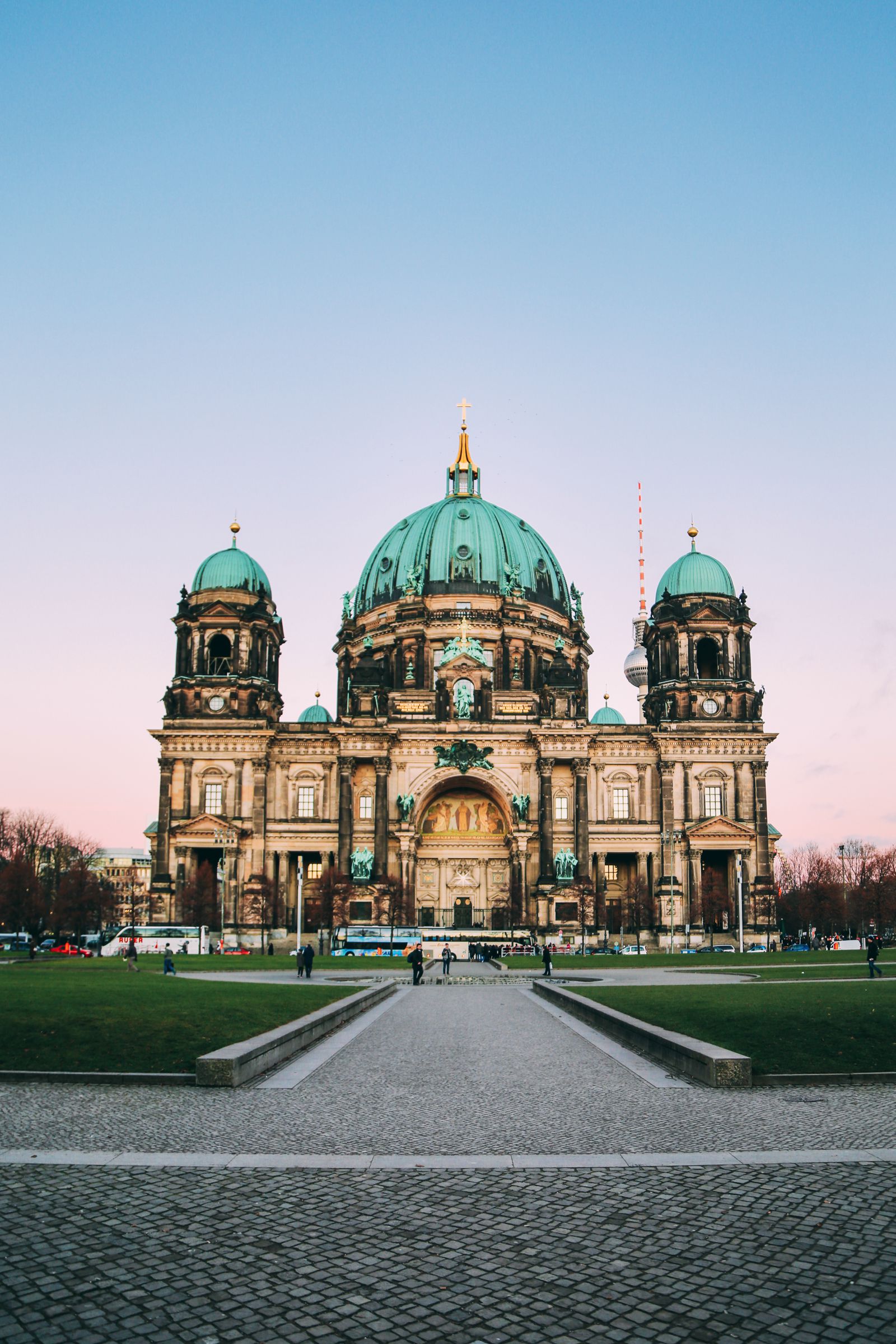 Berlin was the home of the Prussian kings which have been gone since the end of WW1. Charlottenburg is said to be the Versailles of Germany. This palace was badly damaged in the bombings of ww2 but has been restored to its former glory and its well worth a visit. Sanssouci is the summer palace of Frederick the great and situated just outside of the city. The building is stunning and you can get free audio tours.

Berlin zoo is quite small but incredibly pretty. It is situated on the south side of the tiergarten which is a vast park in the centre of the city next to bandeburg tur. It is a long walk but you can get around the edge by bus. The zoo is cheap and has a range of different species and high-quality enclosures. Get in there.

In summer time there are pools out on the water by the iconic fighting statues. Berlin can get very hot in the summer so this is the perfect way to cool off or enjoy the other summer activities. 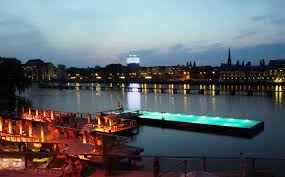 Berlin is modern but rich in history. It echoes the important lessons gained from wars but gives you such a more in-depth view into what made this country so great. Not only that the city has something for everyone and is very visitor friendly as pretty much everyone speaks English. Go see what you might discover in berlin!