The second instalment in our USA month is on the opposite side of the continent in San Francisco. San Fran is one of the only cities on the west coast which feels like Europe. This city has a remarkable history. The city was settled in 1776 but the population exploded in the 1849 gold rush making it the largest city in the west. San Fran was the rise of hippie culture, summer of love and gay rights movement which makes it the centre of liberal activism. This spirit is still well engrained in the city’s culture. Herse the guide to the city;

San Fran is sheltered by a mountain range which gives it a micro climate as the cold-water airs get trapped and stop the temperatures from rising to high. It doesn’t hit 30 very often in the summer and isn’t too warm so it is a lovely place to visit and be active. The winters are mild and moist which makes it a much more pleasant city to visit in the winter than on the west coast with the artic winds.

San Fran is a safe city but there are some areas that should be avoided. The tenderloin is halfway down-market street. This area is full of poverty and homelessness. I stayed in a hostel on Ellis street. It was ok during the day but I made sure to be home before 7 and I walked extra long ways to avoid the worst of the streets. Also don’t walk down market street past Ellis street. The area is pretty much the red-light district of San Fran. The trolley rides right through it to nice areas but just at the edge of the tenderloin is a lovely fruit market.

San Fran has a really good underground/train system and also a really good trolley system. These are cheap so you can hop on and hop off for all the sights. You can also get a boat around the edge of the city. I would also recommend hiring a bike and cycle across the golden gate bridge. There isn’t a train to the airport but there are a lot of reasonable shuttle services to help you get back and forth but give it a bit of extra time.

To be honest I don’t know. I got invited out but I was 19 and didn’t want to risk getting my J1 visa revoked.

The golden gate bridge is the iconic symbol of San Fran. Though 19yo me thought it was in Chicago. There is an amazing few points on the north side. The best way to see it is to hire bikes on market street and cycle. It is a 12-mile round trip but you can stop off on the way and really get a great view of the city. You don’t need to be really fit to cycle the route as there is only one small hill. But be careful of the tram lines, you can get your tire trapped in it. 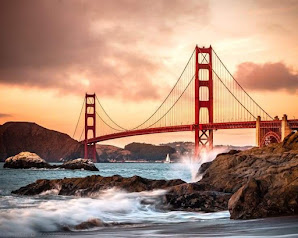 This is a great place for all the family with restaurants, arcades, street performers. You could spend the whole day here. There is also an aquarium and sea lion sanctuary where you can get right up close. Also, it is an easy place to get to on the tram.

This old prison was the inspiration for JK Rowling’s Azkaban. Located a mile off shore from San Fran, it was used for a military prison until the 60s and now is a popular tourist destination and world heritage site. The inmates had to live in horrendous conditions and there are some great stories of escape attempts from the island. The ferry is about 15 minutes from peir 39 but you need to book your tickets in advance because it is incredibly popular.

This is a striking building at the end of market street which is completely free to go and have a look around and is still an active fish market.

These are the cute little houses which are iconic of San Fran and are in a really nice park next to the water. It is a great opportunity for a picnic or a break from a bike ride. 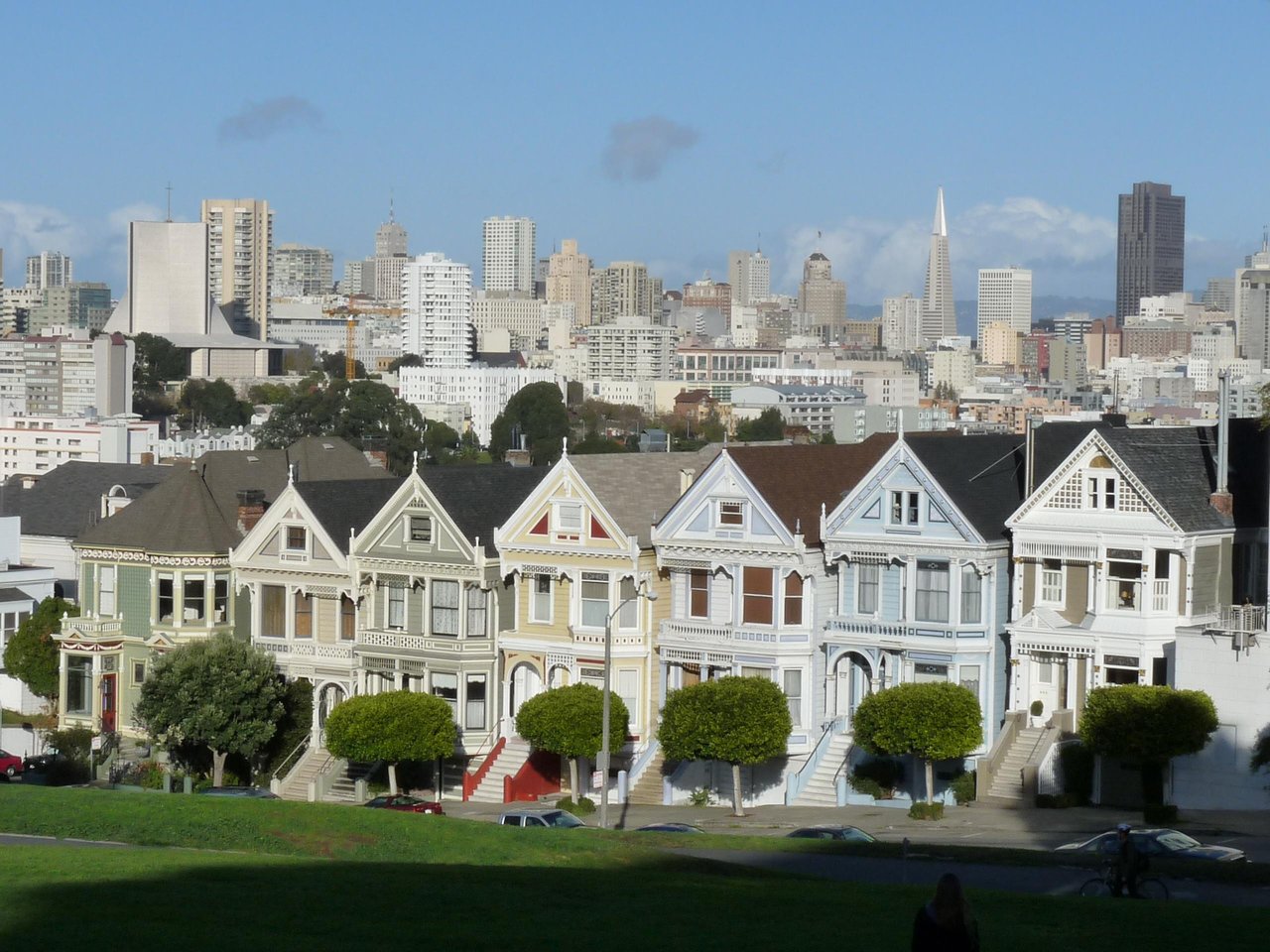 This museum is located right next to the golden gate bridge and can inform you of the pre-Disney years of walt and his family.

This is a lovely open area close to lots of vintage stores and restaurants. Sort of like Camden in London. The park has a famous history and is also a nice place to relax with amazing views of the Pacific Ocean.

This is an architectural garden where there are live performances in the summer time which is a perfect outdoor escape and provide entertainment if you are on a budget.

I spent about a week in San Fran. I would say my choice off accommodation was a little silly, there are nicer hostels next to union square but it was the first city I explore in America on my own. I met some other people but I found the atmosphere better when I explored the city on my own. I also went to see war horse for the first time in the city and really made the most of my time. I would say spend a max three days here because if you do a bike ride you can tick off a lot of the sites really easily. Make sure you do your research on the areas and how to get around. I met some shady characters but nothing happened to me but just be smart and careful.