I finally got to see the new production of SIX. This was in Glasgow having bought the tickets straight after seeing a snippet of the show in west end live. Once entering the theatre, I found out that the show is only 75 minutes long. But considering how crazy the numbers are. I am impressed that they were able to perform so much while dancing so hard. 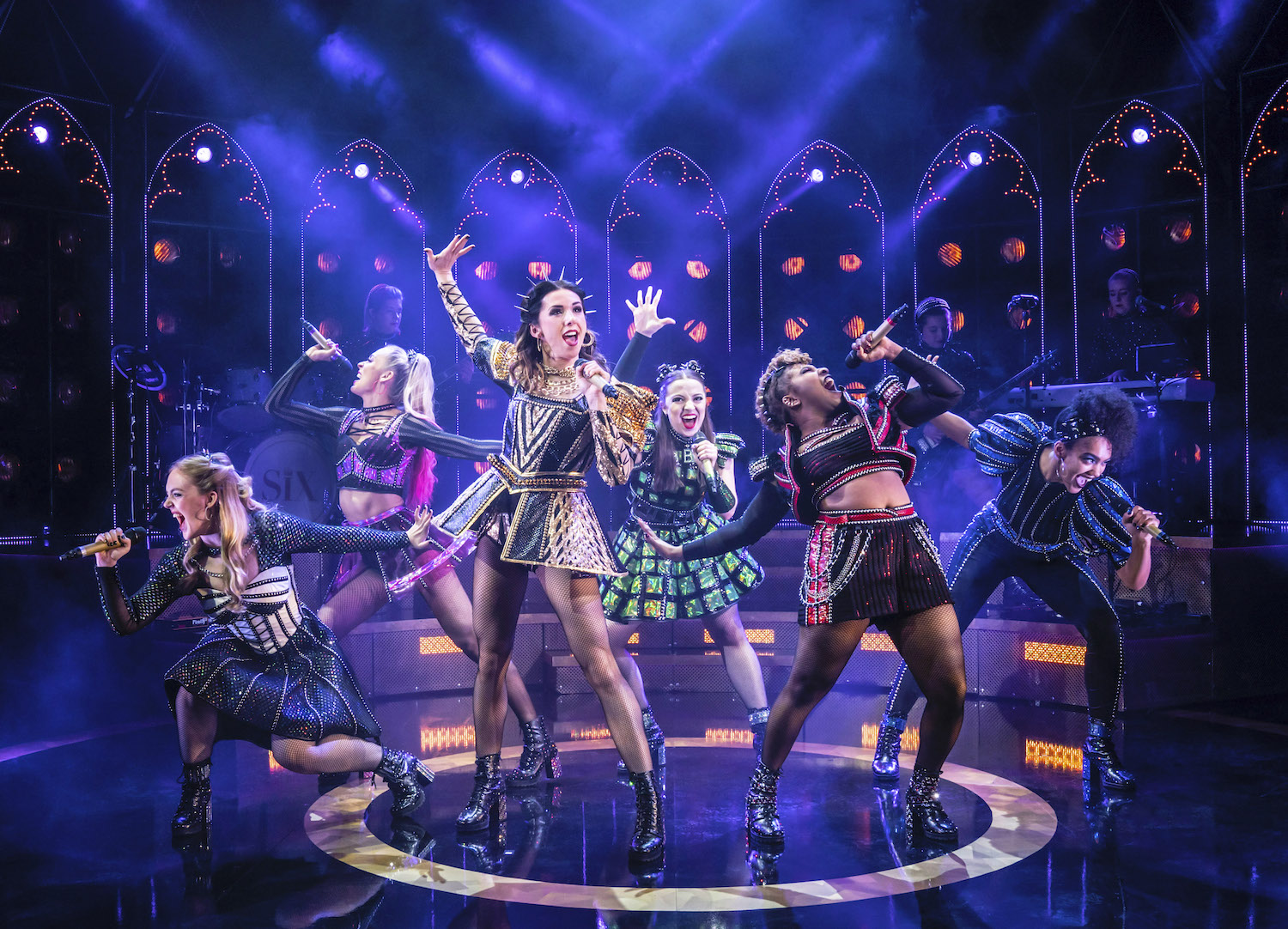 The show conveys the story of Henry the eighths wives from their point of view but in an all-female rock concert. Each wife conveys her story with her own musical number while being highly educational at the same time.  Starting with Catherine of Aragon.

Catherine was shipped to the UK at 16 to marry prince Arthur who died and then married Henry but after failing to produce a male heir and Henry finding himself looking else where led to the first divorce in British history. Catherine sings about how she got screwed over despite being loyal and the man never said good bye. She sings “No way” which is edge and up beat before being taken over by Anne Boleyn. 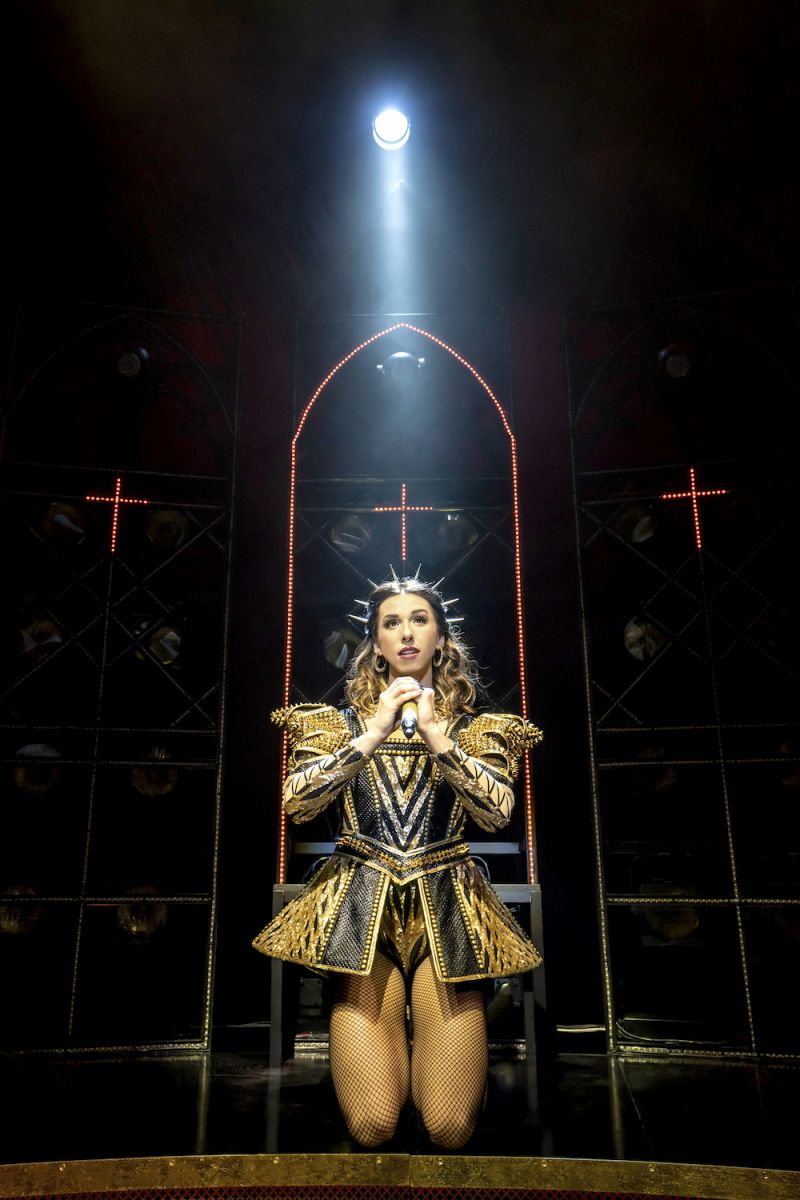 Anne is famous for being the woman who changed history causing Henry to split from the Vatican to allow him to divorce Catherine. Leading him to marrying Anne but after she failed to produce a male heir he went after his mistresses. When she returned the favour, she got her head chopped off. Her song is quirky and up beat called “Don’t lose your head” which has an incredible dance routine. 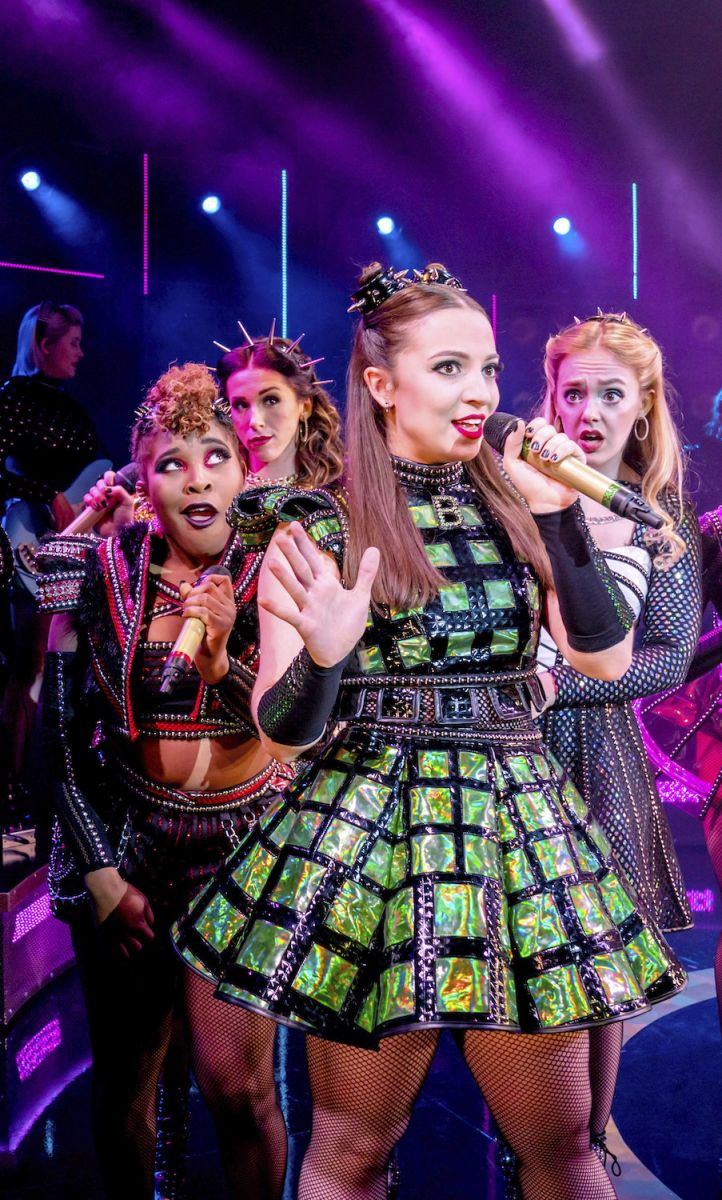 Jane Seymour was proposed to on the day of Anne’s beheading. Jane loved the king but died after childbirth. He grieved for her and she sings about how she genuinely loved him and missed out. The queens play off that she did not suffer like them and her song “Heart of Stone” brings the energy down a bit. 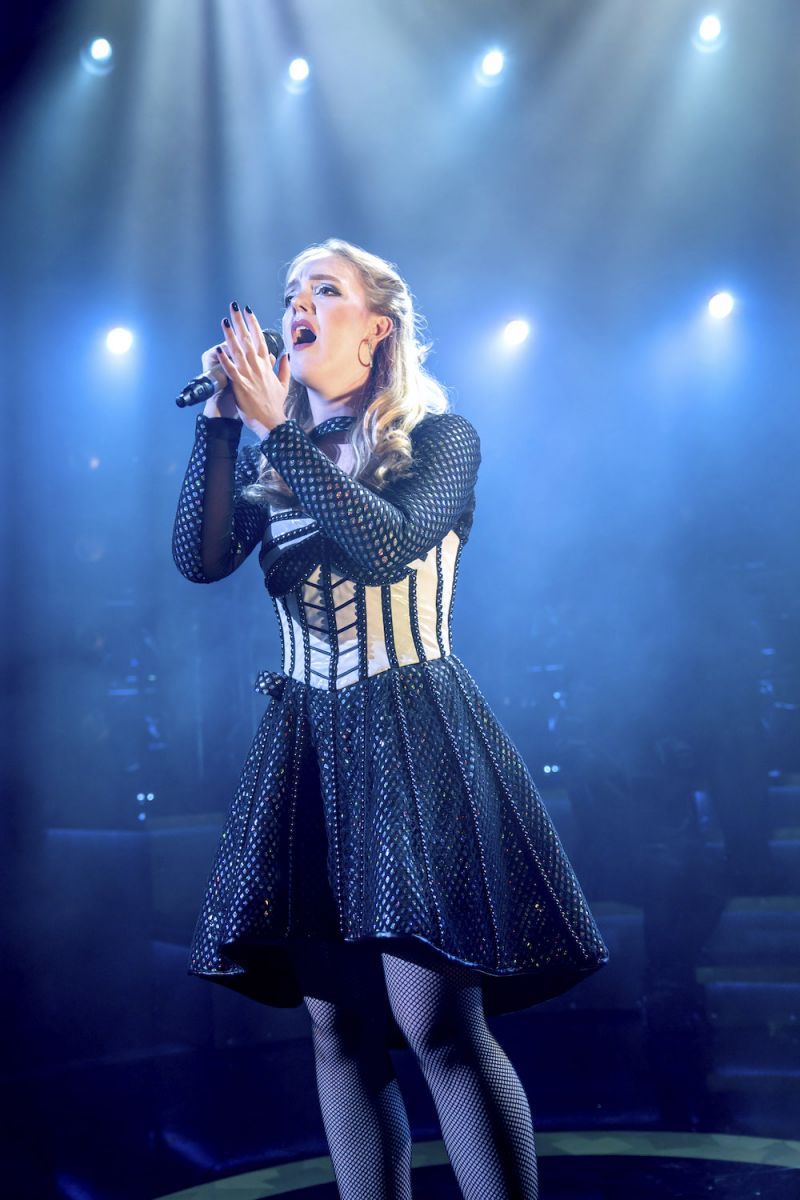 Anne of Cleaves was selected for Henry three years after the death Jane after he saw a portrait of her painted by Hans Holbein. Her story has the story behind the “house of Holbein” singing in German accents which is very comical. Anne ended up being divorced after Henry decided she was not as pretty as her profile picture. She lived very comfortably in her divorce settlement and boasts about her freedom in the song “Get Down” which brings the energy back to the show. 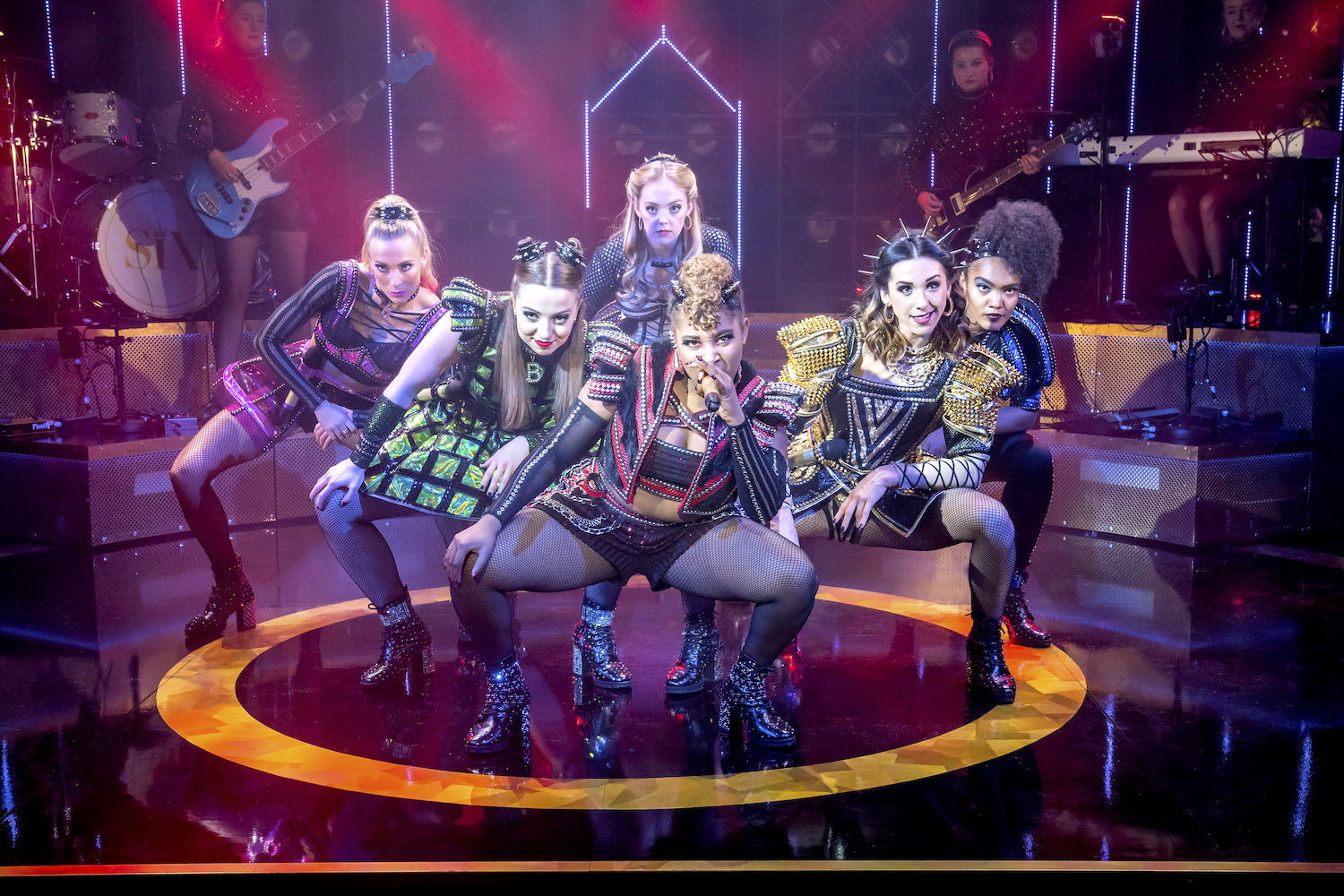 Catherine Howard who was portrayed by Jodie Steel from Heathers was the fifth wife. She talks about her story with “All you wanna do” talking about all the men who had taken advantage of her since she was small and how it affected her. She never wanted to be married to henry and he was nearly thirty years her senior when they got married. But it took it toll on her and she ended up being beheaded for relations out of wedlock. But the story portrays these relationships were not her choice.

Catherine of Parr was the only queen to survive. She was married to Henry for a short time but she had to give up her past love to marry Henry. She sings “I don’t need your love” about how she was losing her love. But then she turns the show round. 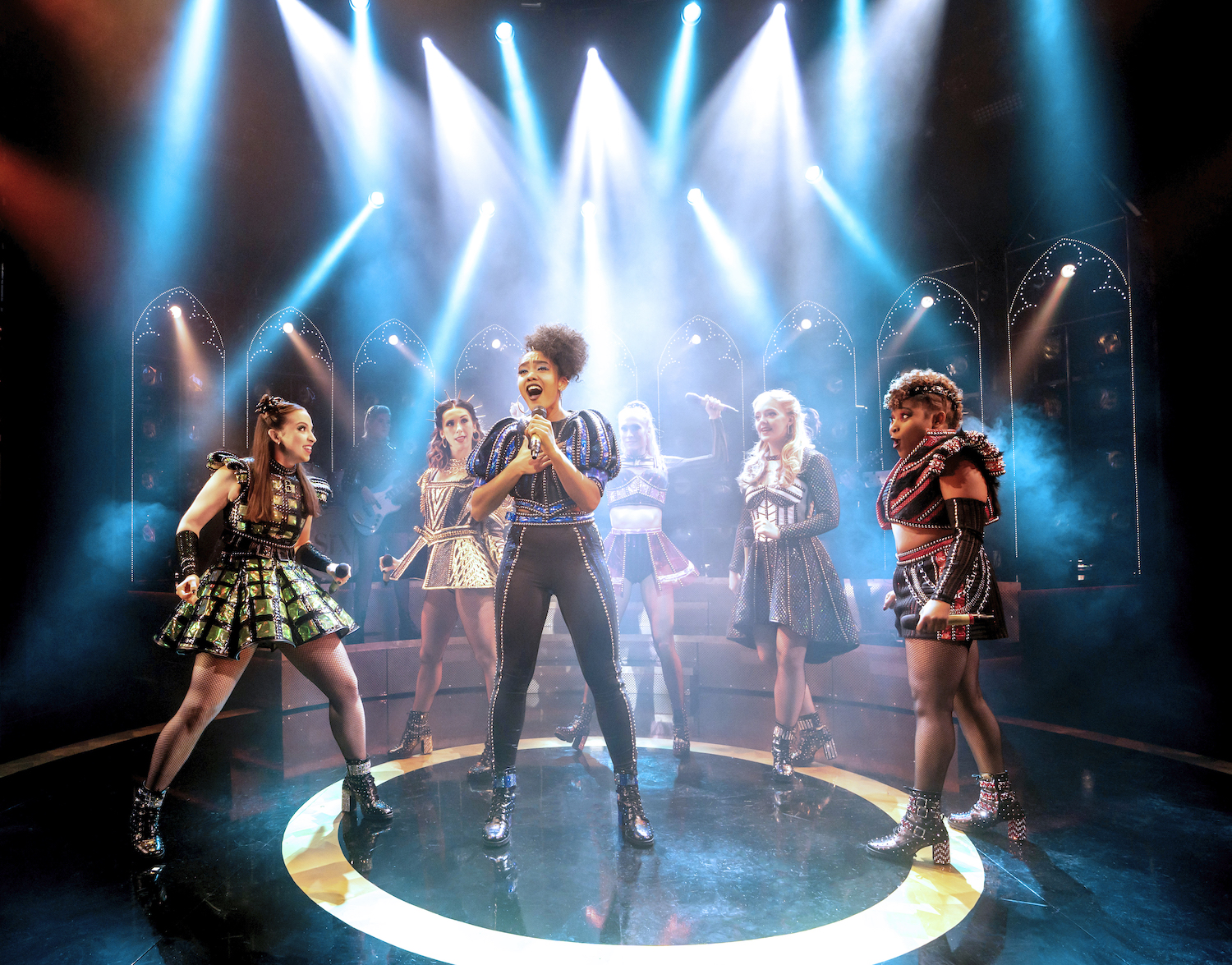 Catherine points out that the woman’s stories are only told because they were associated with the King and only the parts of their lives which entwined with his are retold. There is more to the woman’s stories than just who they were married too. The show gives a voice to the woman in a very modern and relatable adaption. The message is strong and simple. Every woman is a queen and doesn’t need a king. This is an amazing show with an incredible message. I wish it was longer and I would go see it again but it is so intense I doubt they could perform more. I am obsessed. I just wish it was longer.

Go see it as the run has been extended! 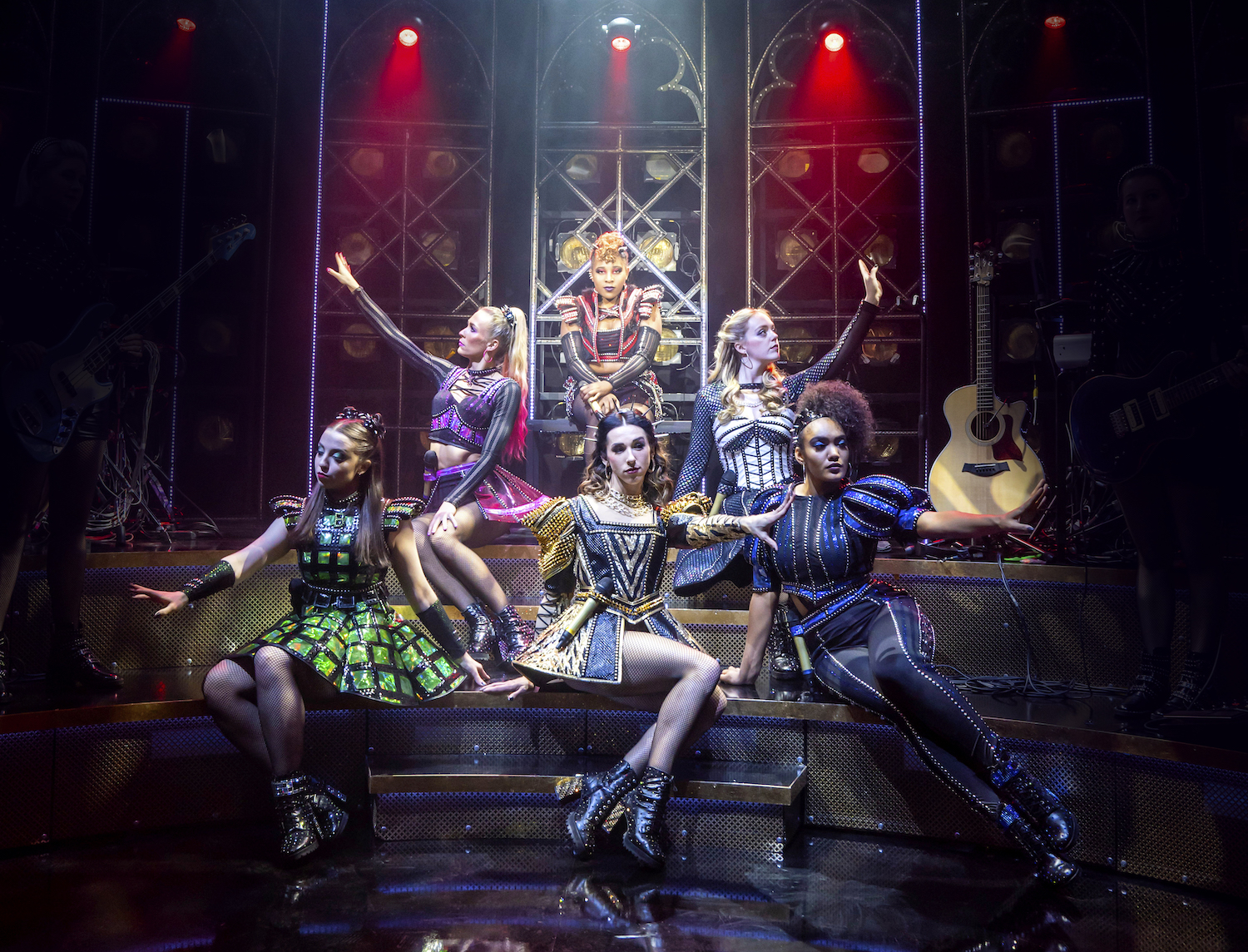