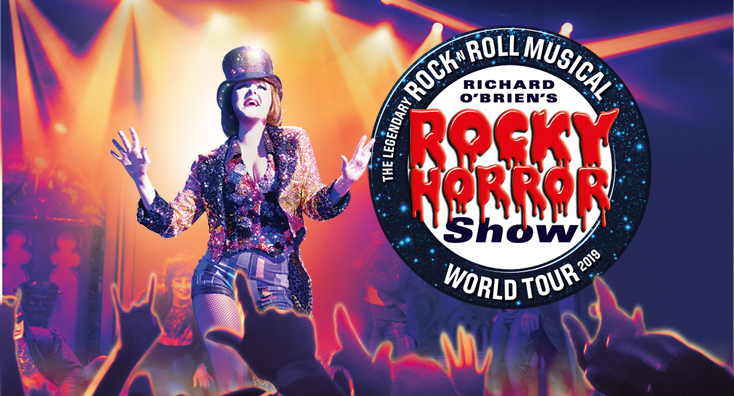 This was on my bucket list for a while. Since seeing some of the songs performed in Glee, I have been interested in this show but it had not been performed in Scotland in years. Then fourteen months before Halloween 2019 I got an email alert. There was a production of Rocky Horror coming to Scotland not only that it was going to be on Halloween! So, after booking two tickets for the third row which were very cheap at the time all I had to do was wait and wait and wait…

Finally, the day came, I can’t tell you how excited I was on that train journey.  To be sure that I didn’t ruin the show, I didn’t listen to any of the soundtrack or watch any clips which was Hella hard. I think I was the only one in the front row who didn’t know what was happening. This show has been running for nearly 44 years! It is so special and so on key for this social age, I do not understand how it is not permanently staged on the west end. How did it take me so long to see it?

Some of the stars of this cast included Joanna Clifton the dancer from Strictly as Janet and Bradley from Blue as the transvestite. This show pushes the boundary of beauty and acceptance and a lot of people leave it feeling confused about their sexuality. I for sure know I am straight no matter what the guys wear. Being there with my gay friend really made the experience special. However, there was a couple of points I was jealous of him as I couldn’t see over people when they stood up. Someone get me a box! 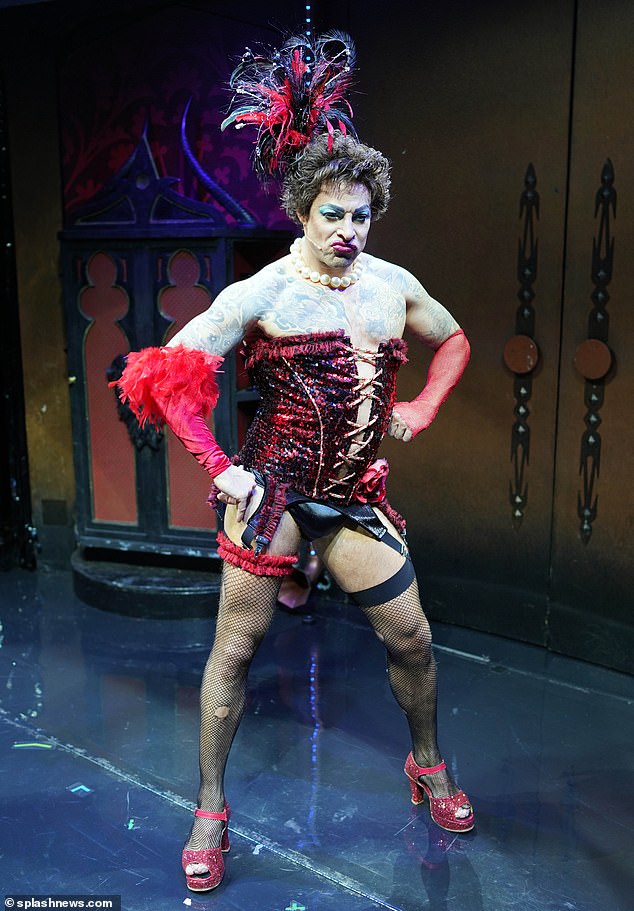 Right from the beginning, the show did not disappoint. The attendant really got the crowd going and, in the mood, especially when she bent over to show off her bum. I am so glad we were at the front. This show has audience chemistry like no other. They change the narrator every location. I’m not sure who we had but picture him as a Scottish Stephen Fry. I didn’t realise how much the audience put in lines between the narrations which were really funny but I did know one. In this production they adapted it to the Scottish audience and the atmosphere was insane seeing as it was Halloween. The costumes were insane, I didn’t dress up as I had to carry a lot of items with me for London. 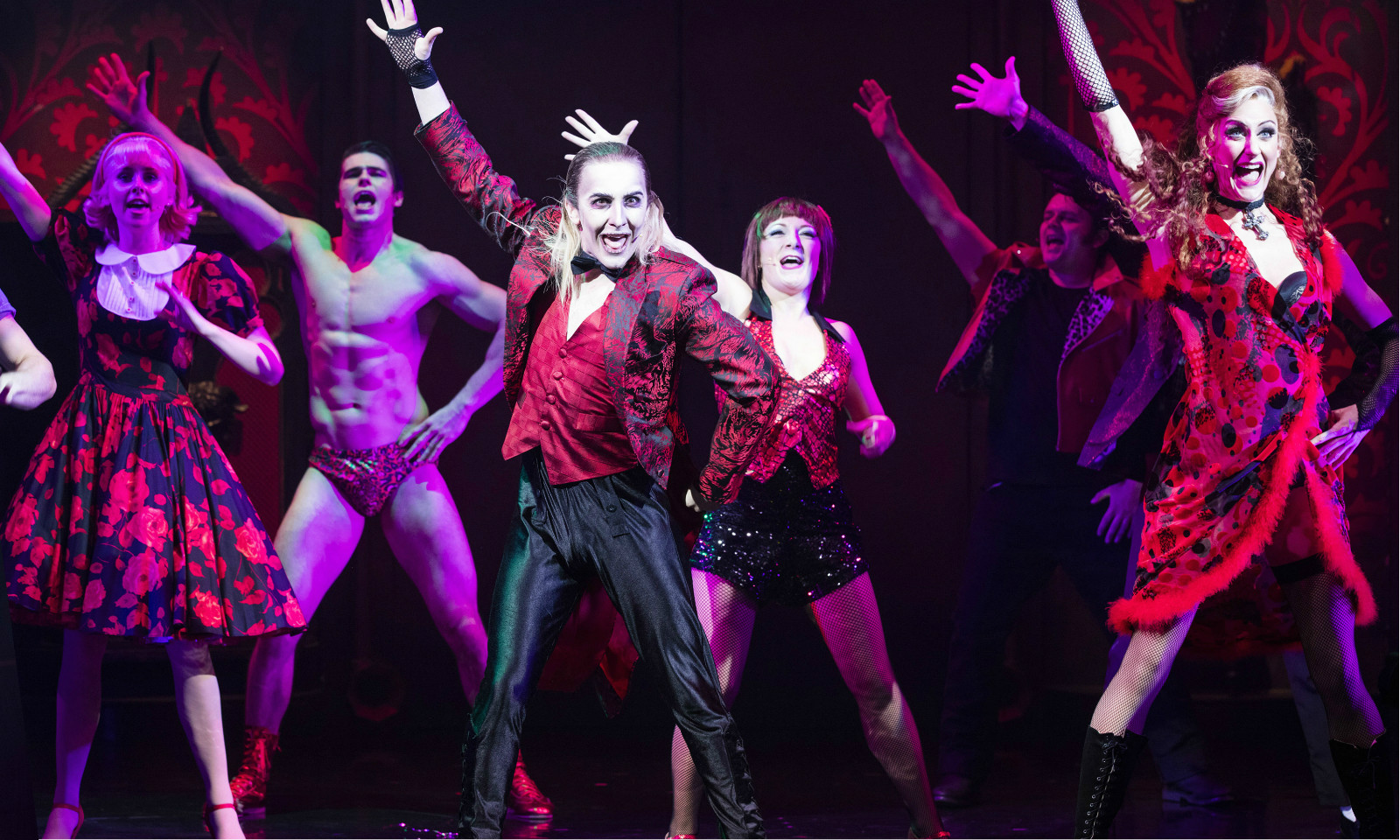 The most well-known song “Time Warp” got everyone in the audience dancing along. I think the building was shuddering with the amount of people dancing. When this song ended and the transvestite came out was the most magical part of the show. The transvestite just owns who he is and his sexuality and does not give a shite.
The only down side of the show was when Rocky came out. This Rocky was a lot smaller and though he was a gymnast and very impressive to watch. It did not really match how I pictured him but he might have done it for some people. 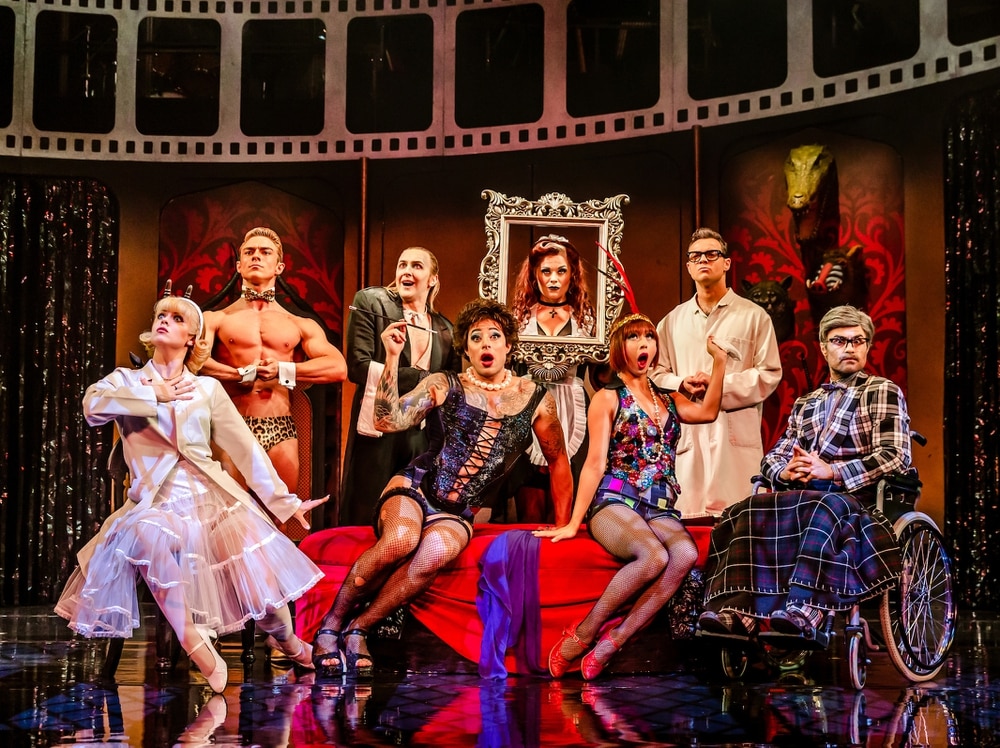 The start of the second half had Frank N Furter getting it on with Brad and Janet. When Brad asked what he had done with Janet I couldn’t help but yell “fucked the shite out of her”. There was improvisation and growth within the characters and the audience were cracking up. But then the sciences turned and the transvestite trapped them in a sexual dream before he and Rocky died. I was crying so hard and everyone was laughing so hard because I kept gasping. 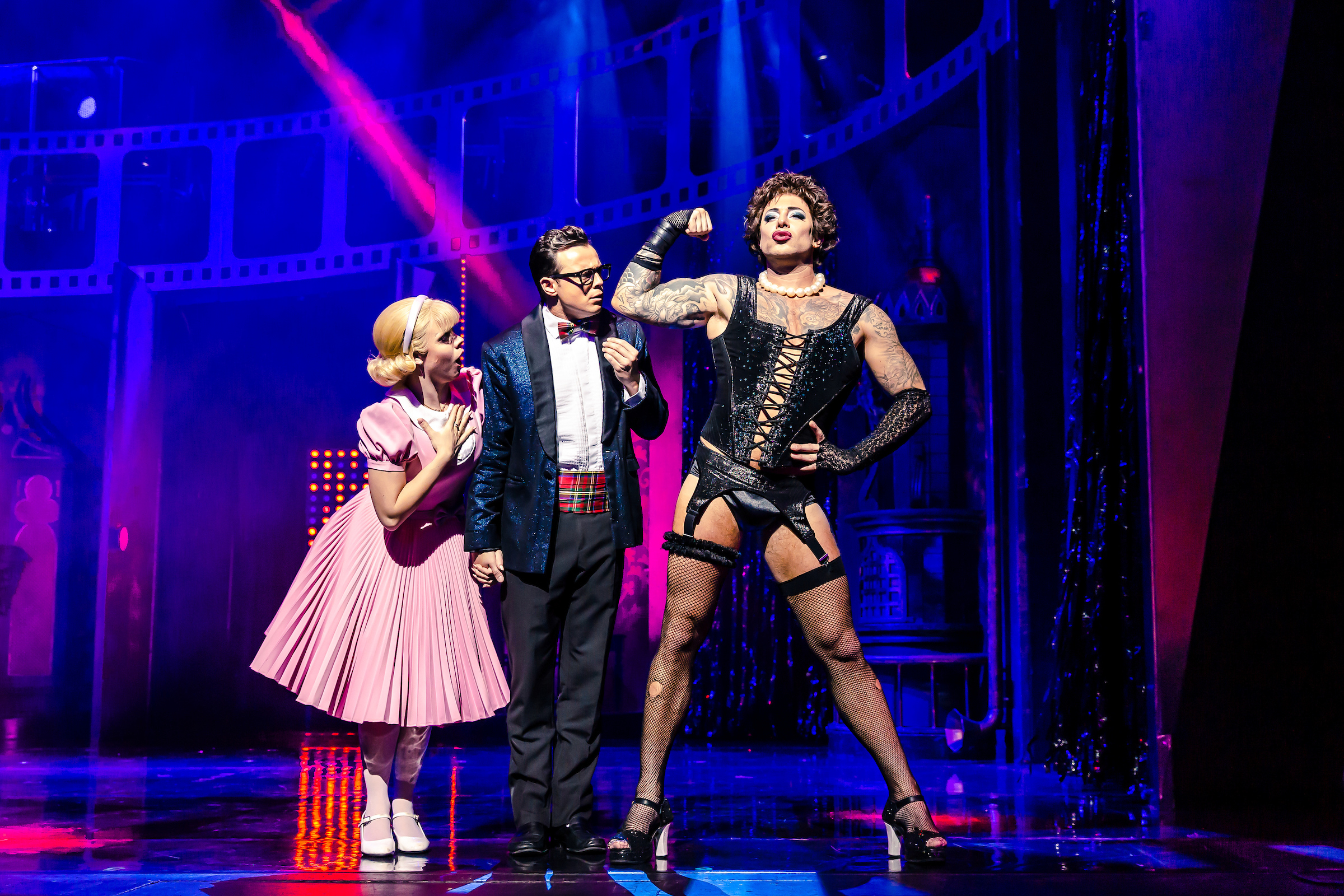 The show ended with a melody of the best songs. This show really was amazing and is well up there in my top three next to Anastasia and Phantom. The fourteen-month wait was totally worth it and being Halloween made it even more special. As long as the actors sell the roles this show is going to be timeless. Take someone with you if you go to see it and dress up. Get in the spirit because this show will set you free.