Yes, it’s another mischief theatre production and it came to Scotland! What can I say about this show? It’s been out for a few years now. I tried hard not to avoid any spoilers and it didn’t fail to disappoint. We actually arrived a tad late so we missed the best part of the starting antics. But funnily enough they sang happy birthday to a member of the crowd and it turned out it wasn’t his birthday so I took it as mine (which it was!). 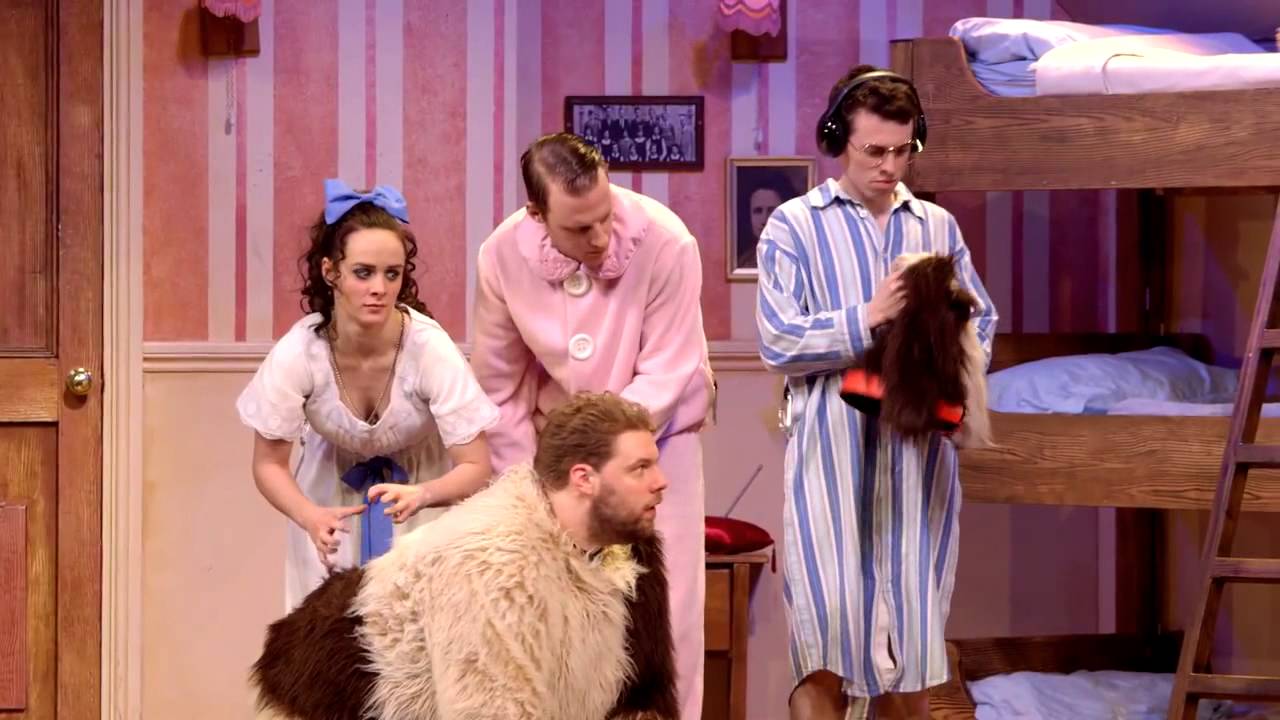 The show started as a show does with a narrator late to his mark and being blinded by the pyrotechnics. There was a storyline underneath the story as one of the actors was in it as his dad paid, another had no idea what his lines were which left hilarious mistakes. The director as always seemed to be close to a nervous breakdown throughout the show and the “co-director” drove him up the wall. The scenes were priceless as the set fell to pieces in many unexpected ways.

The pinnacle came when peter pan entered and crashed into most of the set. They managed to mix up their lines and the shadow was the co-director dancing in a skin suit behind Peter. When Wendy and her brother go to fly, they were interrupted but the stage hands who clip them in. When they went to take off their clothes were ripped from them instead. The best part of the opening scene was the actress who played their mother and Tinkerbelle. She ran around trying to do crazy costume changes, sing louder than a chain saw and prance round the stage wearing a light up skirt.

When they reach never land, they go to rescue tiger lily after nearly killing one of the actors. They have a whole under water sequence with the luminous fish. But it was too dark leading to disastrous mistakes and errors in the pre recordings which ran jokes of the behind the scene drama where one of the casts was in love with the other. This continued throughout the show. 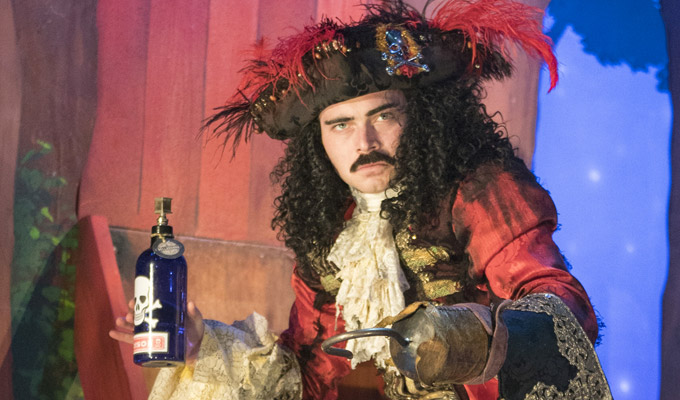 When it came to the finale there was a poisoning scene which is the traditional heckling moment where the director loses it at the crowd. I love to see if I can break them but I was too far away this time. When he struggled to opened the bottle with his hook someone yelled out do you need a hand. Pretty priceless. The cast continued to fail and be knocked out leading to three different peters being on the stage. Tinkerbell was electrocuted but brought back by the power of believing in fairies. I twist on the traditional fairy tale but quite pretty.

The stage rotated for each scene. However, at the end when the villains sang it didn’t stop rotating and the cast had to continue the scenes in all the different sets while the crew tried to fix it. It must have been so hard to choreograph as there was so much going on and for it to work so fluidly and have so many gags, I take off my hat to the writers. I wont spoil it but they were pretty much a mess by the end of the show.

This was another genius production by mischief theatre and a great way to start the show year. I have no idea how they manage to make these stories and sets work but they do. I am beginning to notice a pattern in the gags but no matter what dimension they are performed in they are always priceless. The next production on the list is magic goes wrong and groan up will be on tour next. I feel like I will make time to go see play that goes wrong again and a comedy about a bank robbery. They have also expanded onto the BBC which will be getting reviewed throughout the year when we don’t have any shows but there is a long list to get through so here’s to the start of the 2020 show season!