We have been following mischief theatre for a while now and I accidentally came across their BBC production. At the start of the year Mischief has produce six episodes of the goes wrong show. I have no idea how they have managed to produce 2 new theatre productions and all these sketches in the last year. The writers and terrific cast all star in the episodes with a rotation of roles. The actors all have their talents and bring a unique take to each role. We will be reviewing one episode at a time between theatre gaps this year so they might be spaced out but keep an eye out.

The Spirit of Christmas:

The first episode titled the spirit of Christmas aimed to bring the magic of Christmas but fell short due to a drunk Santa and set disasters. The episode had Henry Lewis as Santa. This time he heckled the audience instead of Henry Shields. The start of the show had Santa doing several shots which would lead to disaster at the end of the night. The elves came down the chimney to perform an ornate dance. However, this failed as one got stuck up the chimney which lead to some really clever jokes later on. 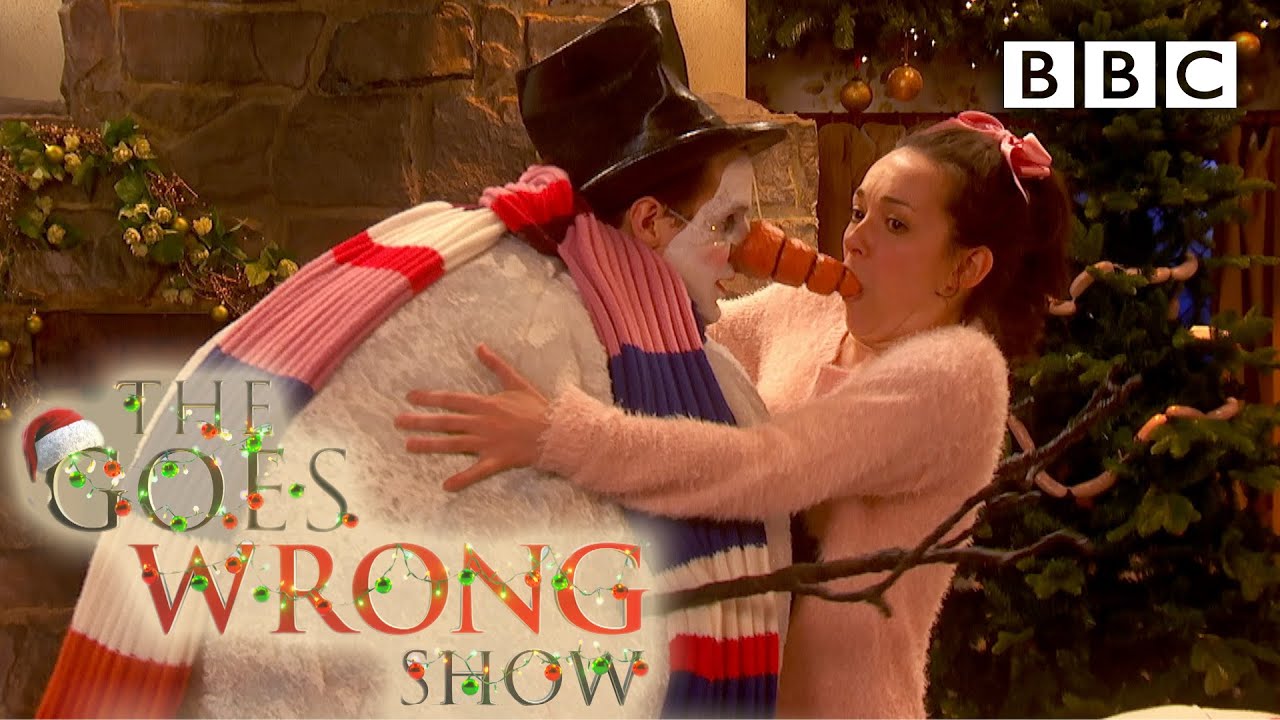 Santa brought a hilarious song to the show but the alcohol was flowing and the dancing went downhill. He then took the microphone off the actual singer and decided to take over the song himself which wasn’t as graceful. The bottle finally got taken off him by a clever stage hand. Santa then brought the snowman to life. The snowman was rather unfortunate looking and stuffed his carrot in his co-stars’ mouth (accidently) and impales the gift. Santa was beginning to narrate the show outside of the performance. 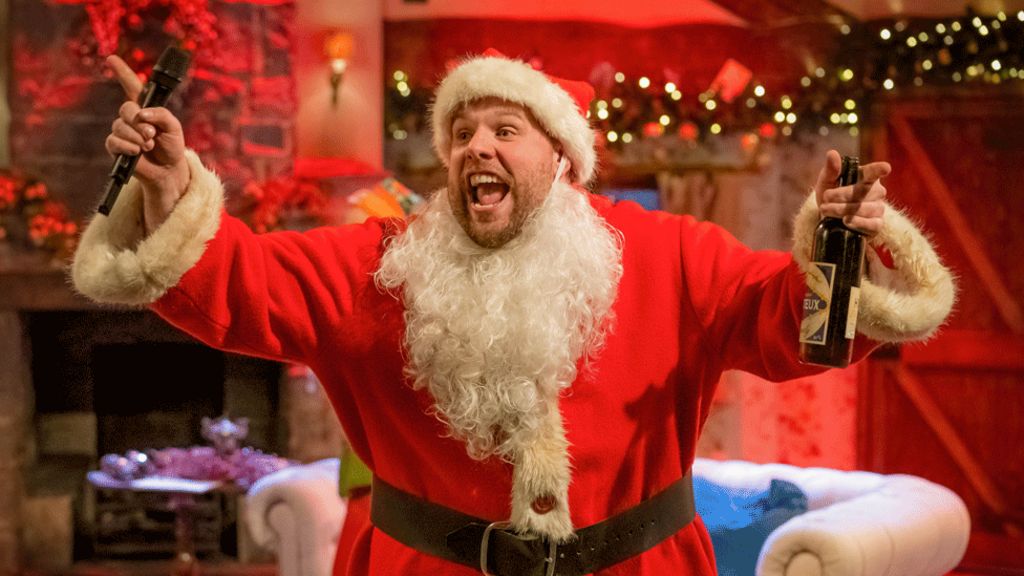 The best part was the unsubtly of the set change. As one of the elves was stuck up the chimney you could see the whole change in the background to produce the toy machine which destroyed the only toy it produced. Santa loses his patience as belle continued to cry. When the mother appears the Christmas crew hide but the mother had to continues to pretend she couldn’t see anyone as the curtain had fallen down.

The snowman started to sing as his scarf got stuck in the toy machine which sucked his costume away and left him in his underwear but nose still intact. How the hell he sang through that I have no idea. He then offers for the actors to eat his biscuits which are no longer there instead they consume the buttons on his brief shorts which gave me the boke watching gtbh.

The world come to right as the parents get back together but Santa started to spiral from the alcohol. He forgets where he is and goes on about amazon. This point he started abusing the audience and chasing the camera round about the state of their productions and the Cornley Drama society. The cast end by the final scene by the sleigh falling apart, snowman holding character, the reindeer forgetting his only line and then the show cutting out as the chimney started to fall inevitable leading to the crushing of the family.
After finished the series this was not my favourite episode but it was great start to the series. I’m thrilled that the series started and keep an eye out for the next episode.