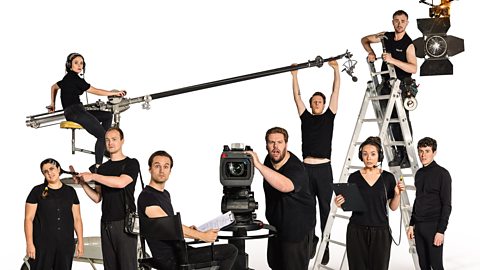 Back for episode 2. This episode has the pilot where Chris bean has to point out that their episode the pilot is not pilot episode and everything goes wrong before it even starts. They are missing an actor and the show has been poorly researched. The episode is set during world war two with the allies trying to break the axes codes. Henry shields plays the director Chris as usual who also plays Rufus the pilot. Jonathon Sayer is the fax machine and Henry Lewis is Hitler. 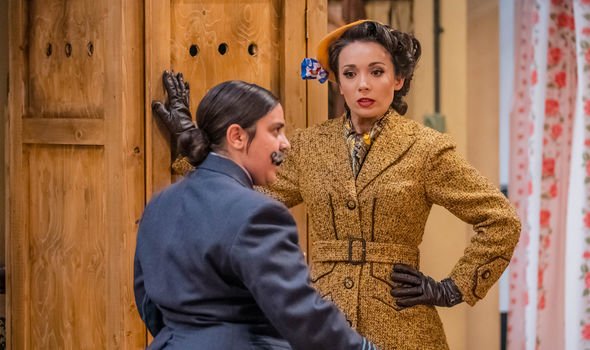 Rufus starts by complaining about his missing leg which falls out of its support and he has to pretend to hop along with perfect comedic timing. Instead of reattaching it he simply tries to disguise it with wallpaper around his shin. The French actress miss eclair cannot speak French and continues to get her languages mixed up. The fax machine has quirky noises and is highly efficient when it manages to pass out the correct faxes.

The pilot exits the scene by going up stairs but there are no stairs so walks directly into a wall and must hide behind the door. As always, the background props are mismatched and some clever lines matches the demonstrations of the props. The background actors are hardly aware of their locations leaving hitler slap bang in the main scene after being quoted “hitler could never infiltrate this house” before hitler gets trapped on the set and disguises him behind a picture of himself.

The first genius part of the show is the side by side phone scene where Sky talks to commander Wickham who is being covered by my favourite actor in the production. They appear to be in different rooms but they keep crossing hands and props between the dividers. When the call ends the divider falls down and shows just how the desk have been separated but they continue on with the scene anyway. Poor Rufus is at his wits end while trying to decipher the code on the blackboard when actually the board has the production disaster minutes written on it instead. 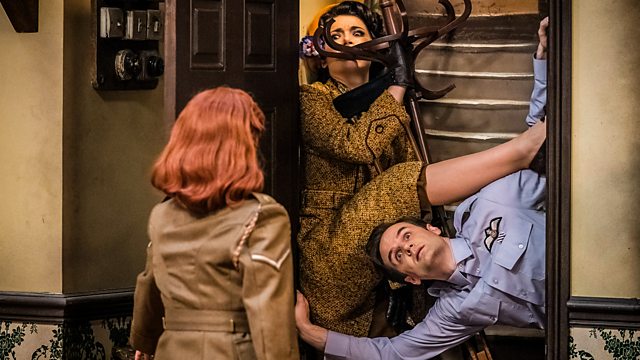 The second genius moment is when the fax machine sends the wrong telegram revealing spoilers for the rest of the show. He continues to send all the notes he has through sending poor Rufus/Chris on the verge of losing it. Miss eclair continues to act even through the information is wrong. This disaster gets pushed to the limit as the fax machine forgets the whole plot and starts guessing instead. While getting the cast and characters mixed up, failing to spell and even running out of paper. This led to hilarious disasters and the faces of the actors had me howling with laughter.

When Wickham arrives, he tries to seduce Sky. Obviously, it is a female standing in as Wickham so this led to the most ingenious dialogue and scene work, I have yet scene from the production. Wickham moves in and out with his head popping up around the set but a male stand in acts as his body double seducing Sky. Wickham seamlessly moves in and out and in a clever moment when he is flaunting his figure in the mirror. The wall moves to have a man gyrating on the other side until the glass falls down showing the male actor. IT was priceless and ingenious and my favourite scene ever from this production company. 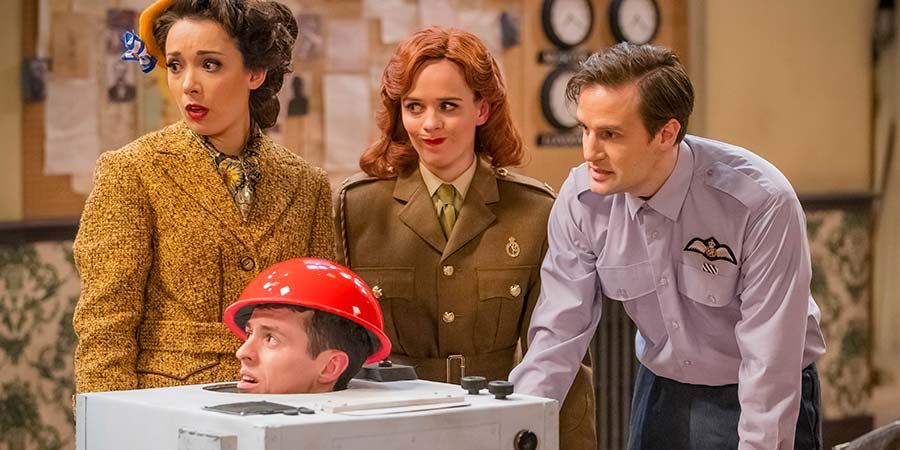 The magic of this episode and its flawlessly timed disasters were the simple things. Like three actors trying to fit into one small space to act like they were going off set. They arranged themselves in an incredible way and even got a coat stand in there with them. Poor Chris/Rufus gets more infuriated throughout the production leading to an onset argument and he nearly lost the plot.  I wonder if he got any more stress lines during this production. The spy catcher and Rufus subtly show the disasters of the lack of coordination and If you look carefully you can see how they pull it off without a giving anything away.

To finish the episode, they simulate an aerial attack with some impressive interpretations with the cast in leotards fighting in the sky. Poor Rufus does some aerial arts in the top while falling out of his plane and winning the war.

This by far my favourite episode of the series. The use of props, actors, fax machine and seamless flaws and over acting had me in bits. I watched this episode several times. I think Chris losing it on the set several times arguing with Henry and Jonathon made the scenes. To top it off his father arrived late and walked in the end of the episode. What will happen next on the goes wrong show? I don’t know how they will top this episode.